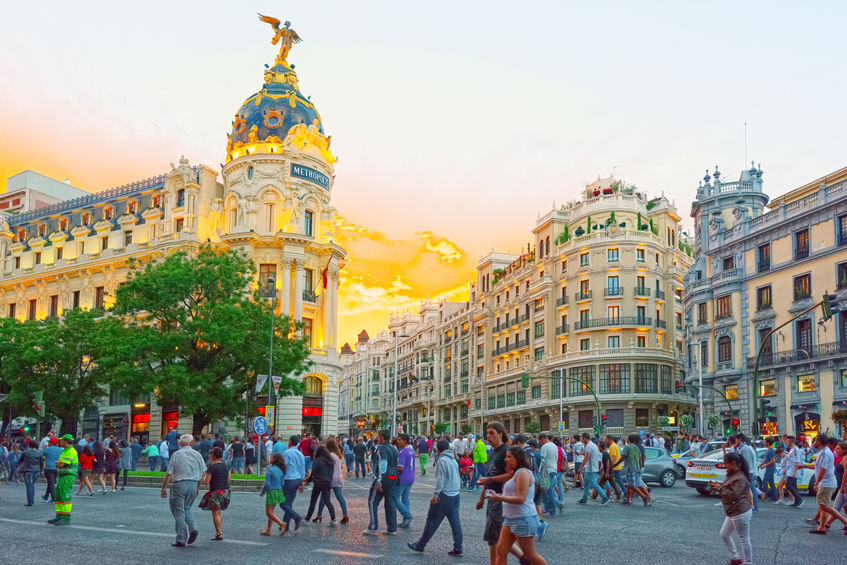 In a move to ease the pressure of tourism being placed on the centre of Madrid, authorities have introduced a new holiday rental law, which came into force last week.

The new law will mean that any apartment that is rented out via the AirBnB website, will need to have its own private entrance and of which is separate to any permanent residents. If it hasn’t, it will not be able to be listed on the popular holiday letting website.

As of the 27th of March 2019, the new law will apply to any property that is rented out for more than 90 days per year.

Also, any dwelling that is above ground will need to have its own private elevator or staircase and of which isn’t used by any other residents.

It is thought that around 10,000 of the apartments currently let in the city will be taken off the market as a result of the new legislation as many will not be able to obtain the necessary license needed to abide by the new regulations.

In 2018, Madrid had over 1 Million tourists staying in apartments which had been listed on the AirBnB website with an estimated 24,000 properties currently available within the inner city area.

As a result of the influx of tourists to the city centre, prices have rocketed by over 7% between 2017 and 2018. This means that a more affluent younger crowd are moving in, pushing the older generation and families out of the inner city.

This in turn has had a knock-on effect on businesses who were supported by those living in the city centre on a long-term basis. Local residents are also frustrated with seeing an endless stream of tourists, which changes constantly, seeing strangers rather than familiar faces. This means that the inner city will ultimately lose its sense of community for many unless the issue is tackled.

The aim of the new law is to encourage landlords to rent full time apartments outside of the city in order to redistribute the benefits of the tourism to other businesses and release the pressure on local services.

Anybody who wishes to rent an apartment for less than 90 days per year can still do so regardless as to whether it has its own entrance or not.

Outside of the city, there will be no requirement to have a private entrance on buildings and apartments that are rented out.

AirBnB are obviously not pleased with the decision and claim that those who rented in Madrid via their website contributed around €780 million to the Spanish economy.