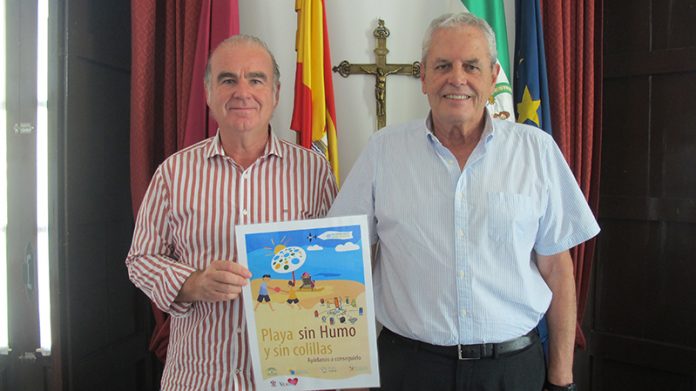 The City Council of Vera in Almeria in partnership with the Junta de Andalucia Health and Families Department Smoking Plan Network is to create smoke-free zones on the municipality’s beaches.

The campaign will last for four years and is an attempt to promote greater awareness of smoking and the impact it has on the local beaches, the environment and public health.

The initiative will also look to develop areas where smoking is not permitted in an effort to prevent people from taking up smoking and to assist those looking to kick the habit.

The ban on smoking on the beaches will aim to clean up the coastline and eliminate the discarding of cigarette butts, which is a common site.

As well as being a nuisance to non-smokers, discarded cigarette butts, which can contain thousands of toxins, can take anywhere between five and 10 years to fully decompose and during this time pollute the oceans, negatively impacting marine life.

Vera Council said they are committed to developing an "active strategy" of prevention and awareness about the use of tobacco and the benefits of keeping beaches free of tobacco smoke as a way to respect the environment and the health of the general public.

The news comes after a number of other regions in the country have already adopted the measures creating smoke-free beaches and zones including Galicia, Murcia, Catalonia, Andalusia, Asturias, the Canary Islands and the Balearics with other regions of the country soon to follow suit.

Some beaches have adopted the approach of asking the public not to smoke making it voluntary with other areas choosing to fine those who do not adhere to the new rules imposing fines of between 300 and 3,000 euros.

If you do smoke, make sure you are aware of any regulations that may be in force as to avoid any possible fines.