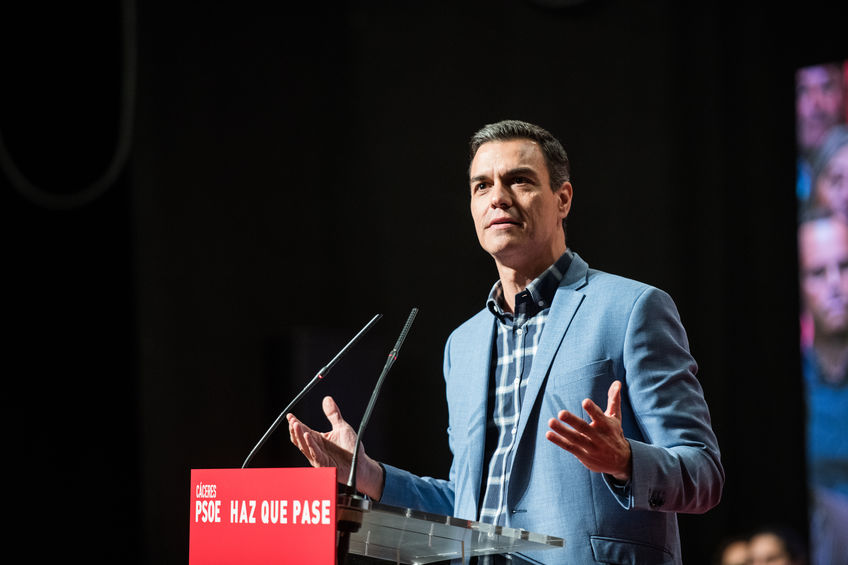 After months of negotiations, Spain finally looks likely to install a new socialist-led government this week after Pablo Iglesias, leader of the anti-austerity party, Podemos agreed to step down.

Leader of the PSOE, Pedro Sanchez said that he was ready to form a coalition government with Podemos only on the proviso that party leader Iglesias did not have a ministerial position and agreed to step aside.

Sanchez stated that Inglesias was the “principal obstacle” to an agreement on a coalition due to their political differences, however, Sanchez stressed that other Podemos ministers would be offered cabinet positions including Igelsias’ partner, Irene Montero.

One of the main reasons that Sanchez did not want Iglesias in government is thought to be due to Iglesias support for a referendum on Catalan independence and his belief that the leaders who have been in custody for around two years while on trial, were political prisoners. The two have clashed on the subject a number of times with Sanchez stating that the referendum was an ‘unconstitutional’ move.

PSOE spokeswoman, Adriana Lastra said, “We are convinced we are going to reach an agreement in response to the millions of people who voted on 28 April for a progressive government,”.

“Over the next few days we will work with discretion and loyalty with the aim that next week the country will have a functioning government,” she added.

The PSOE won 123 seats in April’s general election, but this was well short of the 176 of 350 seats required to form a majority government.

An alliance between the PSOE and Podemos would still only give the parties a total of 165 seats, 11 short of the required 176 they would need to govern.

Sanchez would therefore look to make up the difference with support from other smaller parties including the Basque nationalists and independents avoiding the need to rely on the Catalan separatist parties.

A vote will be held today (Tuesday) where an absolute majority will be required. If this is not achieved, a second vote will take place on Thursday, which would only require a simple majority.