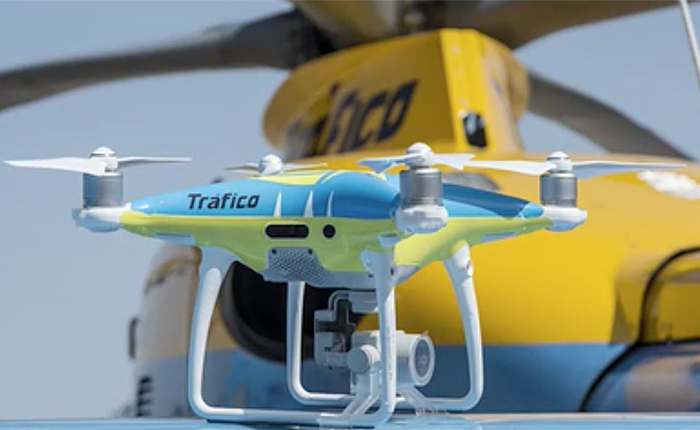 DGT To Increase Use Of Drones Over The Summer Period Spain News July 31, 2019

Spain's traffic authorities will launch their second summer operation from the 1st of August this year and will intensify the use of drones to monitor traffic and catch those who violate traffic regulations.

With 47 million long distance journeys expected to take place during the peak summer period, 1.57% more than the same period last year, the traffic authorities will be focusing on monitoring the countries road networks especially those sections where the risk of accidents is greater.

Once the drones have identified an offender, traffic police will be notified with the evidence stored in the event of any criminal proceedings taking place.

The DGT currently has 11 drones in operation with three having the ability to catch offenders with the other eight used for traffic regulation and management. A further 20 drones will be incorporated and used for traffic and driver surveillance in the near future.

Along with the air based surveillance by drones and helicopters, other measures will be increased to monitor driving infractions including more traffic police and the use of cameras to monitor the correct use of seat belts and detect drivers who use mobile phones while driving.

There will also be more undercover vehicles as well as more fixed and mobile radars with eight new radars in operation. The DGT will also intensify the number of random stops in order to catch and prevent those under the influence of alcohol and drugs.

The roads that will be affected are:-

As a part of their campaign, the DGT took the opportunity to remind both drivers and pedestrians on road safety with the following guidance.