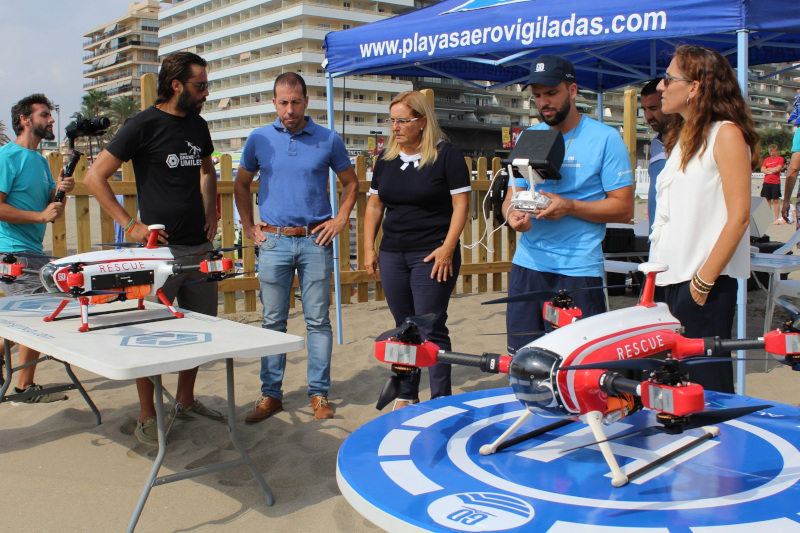 Fuengirola Beachgoers To Be Protected By Drones Spain News August 22, 2019

Seven kilometres of Fuengirola coastline will soon be guarded by drones under a new beach safety campaign called ‘Playas Aerovigiladas’.

For the past two years, the service has been covering the Los Boliches end of the Fuengirola coast via two drones, but from next year will be extended to the other beaches of the town.

In coordination with the rescue and lifeguard services, it is hoped that the drones will help to improve the surveillance of beachgoers and reduce the number of drowning incidents. Beach drownings have increased by more than 20% in the past year and by 61% over the last three years. It is thought that around 360,000 people worldwide die from drowning each year.

Other benefits include a reduced reaction time, the ability to detect contamination of the beaches and identify dangerous marine creatures including jellyfish.

During a simulation organised by members of the Aerovigiladas Beaches campaign, Fuengirola Mayor, Ana Mula said, “We are very satisfied with having taken this initiative, two summers ago, which has made us a benchmark in aero protected beaches in our country and in the world. So much so, that we are already working on a much more ambitious project: to have all of our aero protected coast with a drone in each area”.

Mayor Mula also stressed that there were further benefits in that it would provide the many thousands of tourists that visit Fuengirola’s beaches each year with an increased sense of security.

The drones are manned by professional pilots with each drone costing 17,901.95 Euros.

You can learn more about the new campaign via the Playas Aerovigiladas website https://playasaerovigiladas.com/