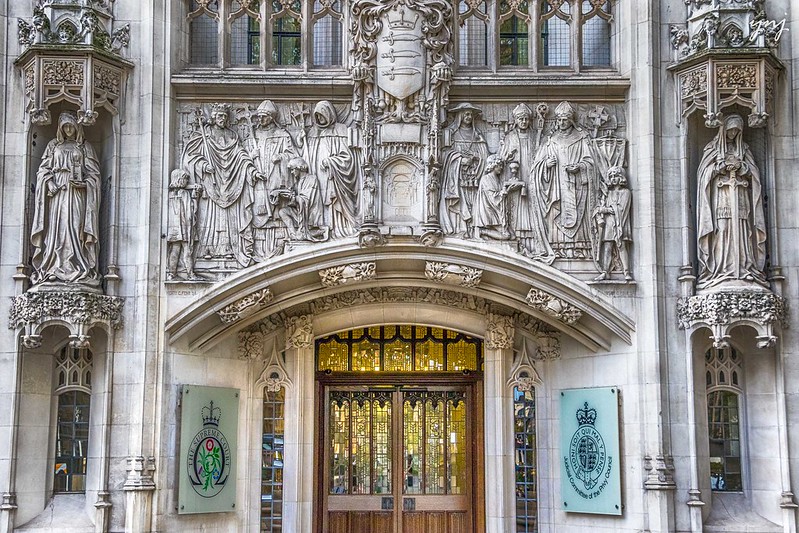 The Supreme Court has heard today that British Prime Minister, Boris Johnson sought to suspend Parliament in order to avoid the risk of MPs "frustrating or damaging" the government's Brexit plans.

Lawyers of the campaigners who are challenging the suspension said that there was "strong evidence" to suggest that Mr Johnson saw MPs "as an obstacle" and prorogued Parliament to "silence" them.

Lady Hale, the most senior lawmaker in the UK said that the case would have no bearing on the timing of Brexit, however, she and her colleagues would endeavour to address the "serious and difficult questions of law" that have been raised over Mr Johnson's actions.

The Prime Minister maintains that the suspension of Parliament until October 14 was right and proper and that it had nothing to do with Brexit with the aim to pave the way for the Queen's Speech, which would outline the legislative plans of the new government.

In a separate case, the High Court rejected the challenge of campaigner Gina Miller and ruled that the suspension of Parliament was "purely political" and "not a matter for the courts".

The court case is expected to last for three days with the outcome being either Parliament being recalled or the suspension continuing until October 14.

Meanwhile, Tory MPs have reacted with anger at the actions of Luxembourg's leader Xavier Bettel who took a swipe at Boris Johnson on Monday for not attending a joint press conference.

Amid chaotic scenes outside Luxembourg's Ministry of State, Mr Johnson refused to take part in the conference complaining that the noise coming from anti-Brexit demonstrators outside of the building would make it impossible for him to be heard.

With Mr Johnson's podium vacant, Mr Bettel castigated Mr Johnson and the UK, complaining that the future of citizens across the EU was being held hostage for "party political gains".

However, the move was dismissed as a political stunt by both Brexiteers and pro-remainers alike with Sir Nicholas Soames, one of the recently sacked MPs stating that Mr Bettel’s actions were "unhelpful showboating".

He tweeted, "Very poor behaviour by Luxembourg. Boris Johnson quite right not to be made a fool of.”

British officials were said to have asked for the conference to have been moved inside, but were told there was not enough space to accommodate all of the journalists.