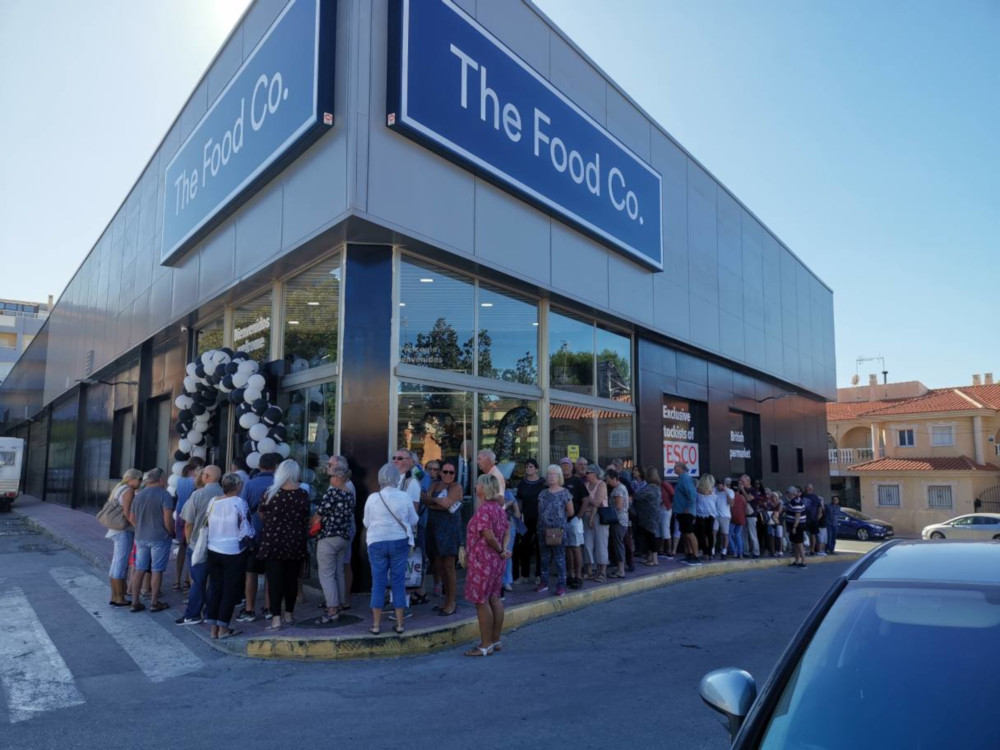 Britain's largest supermarket TESCO is to open more stores in Spain after the recent opening of its flagship store in Murcia a couple of weeks ago.

With the incentive to attract the hundreds of thousands of Brits who live and visit Spain each year, the store now has its sights set on other parts of the country. Spanish newspaper Alimarket believes that the chain could expand further into other popular expat regions including Mijas and Ibiza as well as Barcelona and the capital Madrid where it will be marketed as ‘The Food Co’.

The recent opening of the store in Puerto de Mazarron, Murcia was well received by British expats who flocked to the store to pick up their favourites from back home including British tea, frozen ready meals and a range of Christmas goodies.

Packed with over 7,500 TESCO products and open from 9am until 9pm, The Food Co store will no doubt be extremely popular with the many thousands of expats who reside in the region and those who visit each year.

Founded in 1919 by Jack Cohen and run from a market stall in Hackney, East London, TESCO has become the third-largest supermarket chain in the world with over 6,800 stores in 12 countries. In the UK the popular brand has over 28% of market share.

TESCO has seen exceptional growth since its humble beginnings and now sells everything from groceries, petrol, clothing and electricals to insurance and financial services. In recent years however, the chain has experienced increasing competition from low-cost discount retailers such as LIDL and ALDI, which has had a major impact on profitability.

You can find The Food Co on Facebook at https://www.facebook.com/TheFoodCo.spain/