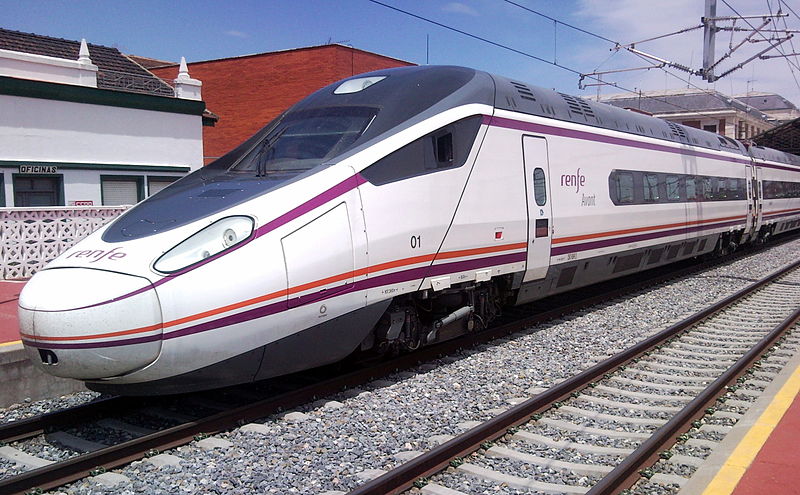 You can now travel between Seville and Granada in only two and a half hours, thanks to the arrival of the new Avant high speed train.

The new train service, which was introduced on February 16th 2020, will see the journey time between the Andalusian capitals, reduced by 90 minutes, with four daily and direct services offered in both directions.

The supply of Avant trains in Loja, will see eight services providing journey times of 20 minutes to Granada, 1 hour 30 minutes to Cordoba and approximately 2 hours 20 minutes to Seville.

According to Renfe, the new Avant services, serve to reduce the current transfers by road and offers passengers better conditions of comfort, reliability and travel time.

The eight services will bring 1,900 seats per day, for people to travel between the two cities.

The first train departs from Granada at 6:40am, with the last departure at 20:28pm.

From Seville the first train departs at 7:45am from Santa Justa and the last departure is at 19:20pm.

Ticket prices that were on sale on 10th February, ranged from €47.20 for a single ticket and €37.75 for a round trip, discounted journey.

The high speed train is set to boost the economy and tourism in both provinces and will mean that Granada is better connected to the surrounding cities of Sevilla, Cordoba and Malaga.

Passengers will now find it easier to hop on board and visit some of the top attractions in the South of Spain, like the majestic Catedral de Seville, the Plaza de Espana in Seville and the magnificent Alhambra Palace or the Mirador de San Nicolas in Granada.

The shorter journeys will make travel across Spain easier and quicker, allowing you to fit more into your day.