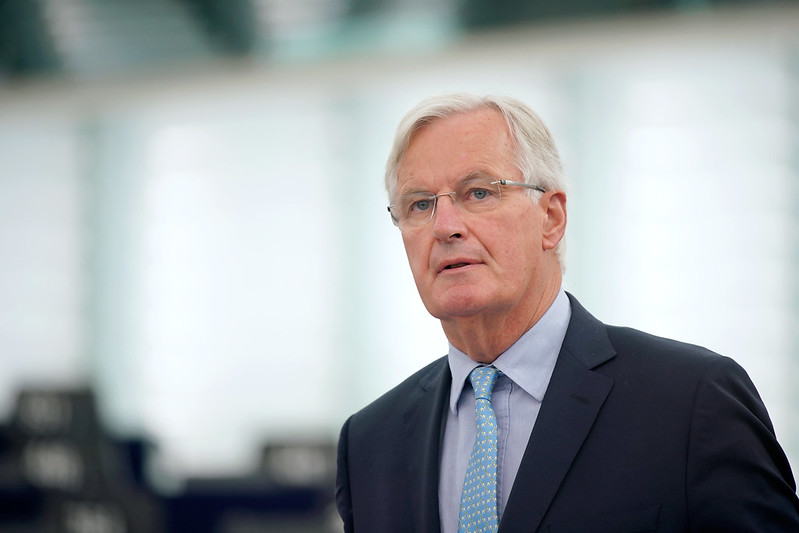 The Brexit transition period may need to be extended after trade talks between the UK and the EU were put on ice due to the Coronavirus crisis.

Brussels believes that Boris Johnson will have no choice but to extend the transition period beyond December 31, with the UK and EU governments facing more pressing problems with the Coronavirus pandemic.

Talks were suspended last week after it was released that two of the chief negotiators David Frost and Michel Barnier were in self-isolation after testing positive for the virus.

European sources believe that there is insufficient time to conduct trade talks and finalise everything before the end of the year.

An EU diplomat said, “Depending on how coronavirus evolves, we might run into problems with how to deal with the negotiations with the UK.

“We have already said it would be a tight schedule to get everything done within one year, and now negotiations are formally ongoing but very difficult to do, I think that only strengthens the argument that many of us had that we need more than one year.”

Boris Johnson has denied that he was willing to extend the transition period beyond December 31 with any further delays meaning the UK having to pay more money into the EU’s budget.

The former head of the Foreign Office Simon Fraser voiced his disapproval in an interview with the Civil Service World recently claiming that any attempt to stick to the government’s current timetable would be ‘irresponsible’.

Fraser who was FCO permanent under secretary between 2010 and 2015 said, “I can't believe that behind the scenes, people aren't talking about this because we've now got a situation where we’re near the end of March, there’s only been one negotiating session, Barnier’s got coronavirus, everybody is completely overwhelmed with the crisis and I can’t see how we’re going to be able to channel resource into the Brexit negotiations in the near future.”

UK hauliers have also voiced their concerns demanding that the Prime Minister extend the transition period stressing that the Coronavirus outbreak must be dealt with first.

The Freight Transport Association (FTA), which represents the UK logistics industry called for the Brexit transition period to be delayed so that they can focus on the Covid-19 pandemic and the serious issues it is having on the industry.

Elizabeth de Jong, the FTA's policy director said, "Logistics is facing unprecedented challenges, both in terms of keeping the UK economy supplied with all the goods it needs to function, as well as coping with the increased disruption to staffing levels caused by sickness and self-isolation and concerns about the viability of their businesses."

Johnson has insisted he will not extend the transition period, despite the outbreak saying the 31 December deadline is ‘enshrined in law’.