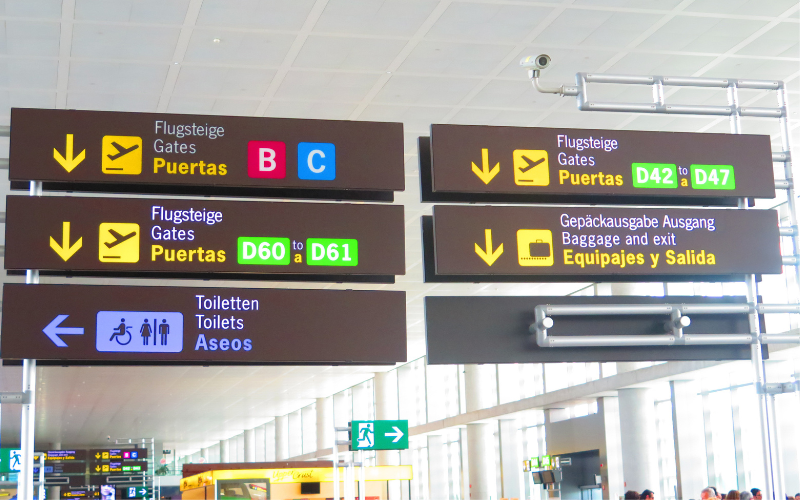 Are you thinking of visiting Spain for a holiday?

If so, according to recent reports in the news, you could be asked by Spanish border officials to prove that you have sufficient spending money to cover your stay.

In light of the furore in the press, we wanted to take a moment to clarify everything and answer the most common questions so that you understand what the rule is all about and how it may affect you when entering Spain.

What is the latest rule on having to prove that you have sufficient spending money?

Basically, the Spanish Ministry has stated that British tourists MAY have to demonstrate that they have adequate spending money when visiting the country and that border officials may ask for proof at any time.

Below you can see the official text from the Spanish Ministry of the Interior website which has been translated into English. 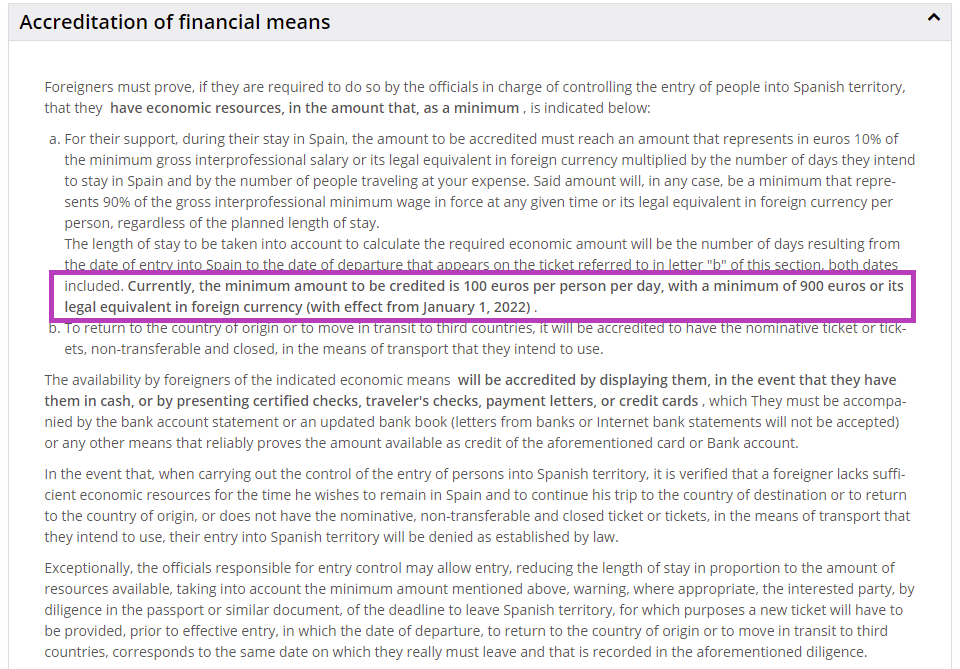 How much spending money must you be able to prove you have?

The Ministry of the Interior website states, "Currently, the minimum amount to be credited is 100 euros per person per day, with a minimum of 900 euros or its legal equivalent in foreign currency (with effect from January 1, 2022)."

This equates to around £85 per person, per day with the minimum total for the stay set at a little over £750 per person.

Using those figures it would mean that a family of four staying in Spain for 10 days would have to prove that they have around £3,400 in spending money.

This is a lot more than the average family would spend during a 10-day visit according to recent research highlighted further below.

It is easy to see why this rule would potentially cause so much confusion and panic among those looking to holiday in Spain.

How do you prove it?

In the unlikely event that you are asked to prove it, the text recommends the following methods.

Frankly, it is all a little vague and will no doubt just cause further misery for British travellers.

Since January 2020, British travellers have had to contend with Covid restrictions, confusion over which lanes to queue in, worry about passport validity, passport stamping, tourist taxes, being prevented from using E-Gates, the recent strikes by Spanish cabin crew and now this.

Is it a new rule?

No. Although the media have been referring to it as a ‘new’ rule, it’s not that new and came into force on January 1, 2022.

Importantly, it doesn’t only apply to UK citizens, it applies to ALL non-EU/Schengen Area citizens entering Spain.

It is also an EU-wide rule and therefore adopted by ALL EU Member States and not just Spain.

Why was it brought in?

It is hard to say, but it is clearly an immigration policy with the authorities wanting to make sure that people do not overstay their welcome and possibly become a financial burden to the Spanish state.

The UK Foreign Office says, “At Spanish border control, you may need to show a return or onward ticket; show you have enough money for your stay; show proof of accommodation for your stay, for example, a hotel booking confirmation, proof of address if visiting your own property (eg second home), or an invitation from your host or proof of their address if staying with a third party, friends or family.”

Furthermore, the UK government has also warned that British travellers to Spain will also need to potentially provide two extra pieces of documentation which is a return or onward ticket and proof of accommodation.

Those who are staying in private holiday accommodation may have to provide an invitation letter from the host called a Carta de Invitación.

How much does the average Brit actually spend?

There are fears that younger travellers may be impacted the most by the rule with research showing that the average youngster only spends £40.29 per day on average, which is well short of the £85 mark.

The average holidaymaker also spends around £75.74 per day which is also short of the figure imposed by the Spanish Ministry.

The same research shows that 45-54-year-olds spend the most in Spain with the average tourist spending £119.64 per day.

Will I be asked to demonstrate how much money I have to spend?

Despite the scaremongering, there is a very high probability that you will NOT be asked to provide any of the documentation above by border force officials in Spain.

Although, there are no guarantees...