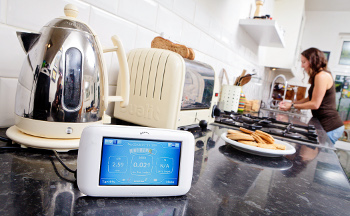 What is a Smart Meter?

Smart meters have a modern style digital screen which displays your power consumption and other important usage statistics. The meter is connected to a separate two-way communications hub, which transmits the data back to the energy companies central control system via the mobile data network.

Why the Change from Traditional Meters?

The upgrade will mean that the manual reading of meters and estimated billing will be a thing of the past, saving the energy companies money in the process. The meters can also be remotely monitored and the software upgraded, making the system a lot more efficient all round.

The energy companies believe that the customer will also benefit from the changes. As smart meters provide users with real-time usage data, it should allow you to better manage your energy consumption and better understand where you can make savings.

When Will the Smart Meters Be Rolled Out?

Those who are contracted for less than 15kw will have their traditional electricity meters replaced with the new smart meters by the end of 2018.

To date, only around 30% of users have had their electricity meters upgraded to the new smart meters. By the end of 2016, it is hoped that around 70% will have been changed.

There are three main electricity providers here in Spain which are Endesa, Gas Natural Fenosa, and Iberdrola. Between them they provide approximately 95% of the countries electricity.

Other European countries are also seeing the introduction of smart meters including the UK, which aims to have smart meters in every home by the end of 2020.

Will I Have to Pay for a Smart Meter?

Yes and No. The changes are part of a Royal Decree giving the energy providers the mandate to complete the installation of the meters for free. But, it is thought that there will be a small increase in meter rental costs of around €0.50, which will be added to your regular bill.

Meter rental tariffs are set at a fixed rate and apply to all providers.

Illegal Upgrades Will Be Prevented

In Spain, you will usually be contracted for a set amount of kW. These generally range between 3.3kW (prior to 2003) and 5.75kW. It is this figure that determines how much electricity you may use at any one time.

By adjusting the ICP switch (Interrupter de Control de Potencia) on the traditional meter, you are able to adjust this range. Many people do this in order to stop their electricity tripping, although doing so is illegal as your standing charge is based on your contracted kW supply.

The new smart meters have a built-in ICP, which means that users will be unable to tamper with them and make any unauthorised adjustments.

If you are having a smart meter installed, you will need to make sure that the ICP is set to the correct kW rate once it is installed. If you check your current contract or bill you should find it listed under Potencia Contradada or something similar.

Issues with Security and Hacking

In recent months there have been a number of stories in the media about security vulnerabilities that may exist within the software of some smart meters.

Although it is unclear as to which meters have these vulnerabilities, it's believed that the 128 bit encryption that devices have is insufficient and that they can be easily accessed by hackers. This leaves them open to billing fraud and may even allow the intruder to shut the electricity off altogether.

Two security experts Vazquez Vidal and Garcia Illera, who tested the smart meters in their own lab environment stated that "You can just take over the hardware and inject your own stuff".

Vidal said, "Oh wait? We can do this? We were really scared. We started thinking about the impact this could have. What happens if someone wants to attack an entire country?".

You can read more about it here http://eandt.theiet.org/news/2014/oct/smart-meters-hacking-spain.cfm

Have You Been Upgraded to a Smart Meter?

If you have, we would love to find out about your experience you had. Tell us about it via our Facebook page.