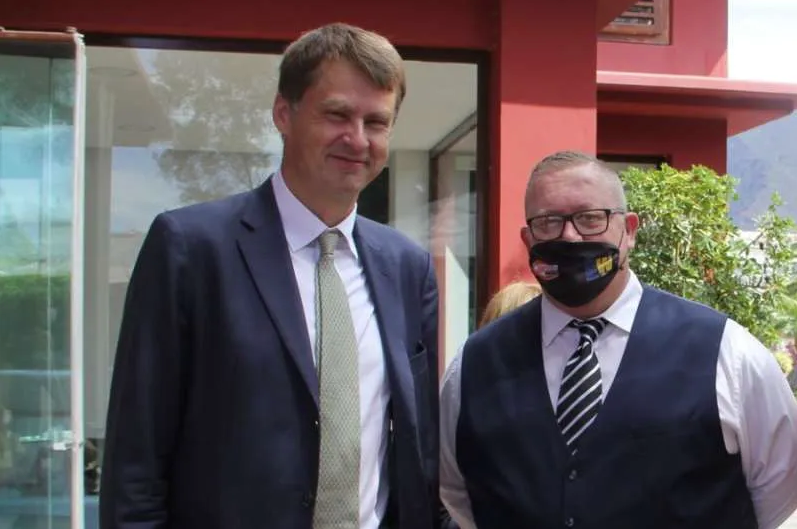 British Ambassador to Spain Hugh Elliott has revealed that the country is not negotiating the 90-day rule with Spain.

Under the current post-Brexit rules, Brits looking to stay in Spain can only do so for 90 days in any 180 day period.

The restrictions are a huge obstacle for many British nationals, especially those who own second homes in Spain who prior to Brexit were able to stay in the country for as long as they wished.

In what will be a bitter blow to British holiday homeowners, the Ambassador confirmed the news in an interview with the Canarian Weekly confirming that Britain was not “seeking to negotiate” a better deal for British nationals.

When asked if there was going to be any changes or flexibility in the 90-day rule, Elliott said: “The official position of the British Government is that it is not something we are seeking to negotiate, however, it is something that is raised with me wherever I go in all parts of Spain where there are swallows, so it is something that I feel is my duty to raise with the Spanish authorities. This morning I spoke about it with Adeje, tomorrow I will talk about it with the Canarian Government, and it’s something I talk to the central Government in Madrid about on a regular basis.

“It’s important to remember that the UK already offers 180 days to European citizens, so it is not a question of reciprocity, and we believe that it is in everyone’s interest to be able to use those days more flexibly than the 90 and 90 that is in place, which is a Schengen rule and makes it more difficult for Spain to change.

“We have this conversation on a regular basis and I don’t think it’s going to go away as an issue, which is why I continue to reflect the feelings of British citizens I represent to the authorities of the country in which I am appointed.

“To be honest what I see from the Spanish authorities is a real willingness to try and look at where we are now post Brexit, to find a way, within the new rules, to make freedom of movement for people as easy as possible.”

When was asked about the British nationals who had invested huge sums of money into Canary Islands property Elliott said: “We hear all the time that lots of people are selling their holiday homes in Spain, and here in the Canary Islands, as they feel it just isn’t worth having them anymore, which is something that’s got to be of interest to the Spanish Government and their economy, so I think it’s important that the effects are properly understood and conveyed to them accordingly.”

Mr Elliott concluded that there would be no changes in the immediate future with second homeowners left in limbo. He said, “There will be no change in the short term, but we will carry on working on it, so that hopefully there will be something in the future.”

However, it’s not only the British Embassy that is keen to remove the restriction.

The Alicante Provisional President, Carlos Mazon, recently met with José Pascual Marco, the Ambassador of Spain to the UK, and spoke about the position British residents in the province find themselves in post-Brexit.

During the meeting, Mazon urged the Ambassador to lengthen the period of time that British citizens are permitted to stay when visiting Spain within 180 days.

He explained that “Britons are the main source of wealth in the Alicante Province”, stipulating that the Costa Blanca tourism sector is notably dependent on UK nationals who decide to holiday there.

Costa Blanca is very popular with Brits with around 70,000 thought to own second homes in the region.