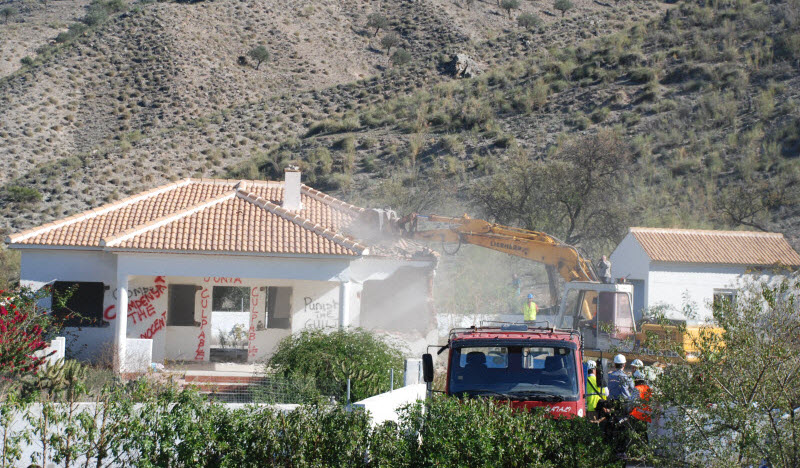 Andalucia is set to legalise over 327,000 properties, many of which have been stuck in legal limbo for decades.

A new decree was approved by the Junta de Andalucía last week, which will seek to regularise homes that were previously built with illegal planning permission.

For decades the owners of the properties, many of which are British and other foreign residents have been faced with a multitude of legal problems such as a lack of official deeds, no permission to connect their homes to basic services and in some cases, the prospect of seeing their homes completely demolished despite having purchased them in good faith.

The vast majority of the illegal homes are located in the Axarquía area of Malaga province, as well as the Almanzora valley in Almeria, Cordoba and the eastern plateau of Granada province. The top areas for irregular properties are Malaga with 68,652, Almeria 55,265 and Granada province with 52,927.

Under the new legislation, owners of any illegal properties will now be able to seek an amnesty and apply to their local town hall for the property to be granted a status of Assimilado al Regimen de Fuera de Ordenacion (AFO). However, there are some exceptions to this, for example, when a property is less than six years old, on protected or flood risk land, or when it is subject to ongoing planning infraction proceedings.

The new law will mean that owners can legally request access to water and electricity services which they may previously have been unable to do due to the illegal status of their homes. It will also allow them to legally register the property at the land registry.

The decree was welcomed by Maura Hillen, president of the homeowners campaign group AUAN who for many years has tirelessly campaigned to legalise the properties. She said "It has been a long and difficult road for homeowners and I am glad that the recent change in the government of Andalusia has brought new impetus and new eyes to this issue and I thank them for listening to concerns and proposals. The decree is not a magic wand solution but it is a practical and workable one which gives the majority of our members a way out of a situation that was not of their making. I am happy with that. The rest is up to homeowners to study their options and act accordingly."