If you are a permanent resident in Spain, you may be wondering whether your next step should be to get Spanish citizenship or not.

In the following article, we will provide you with everything you need to know about citizenship in Spain including:-

Let’s take a look and see whether becoming a Spanish national could be right for you.

What is Spanish Citizenship and Naturalisation?

Naturalisation is the legal process by which a non-citizen of a country can acquire citizenship or nationality of that country.

Once you are granted Spanish citizenship, you have the right to live permanently in Spain with additional benefits such as being able to vote, have a Spanish passport and be able to move freely within the EU and each of the member states.

If you are married to a Spaniard, you may also apply.

However, according to Spain’s Civil Code, there are other paths you can take to become a Spanish national.

For example, citizenship by residency. This means that foreigners who have lived in Spain for 10 years or more can also apply to become Spanish citizens.

There are other routes you can take which we will touch upon below.

What is the difference between citizenship and residency?

Having Spanish residency means that you have the right to reside and in some cases work in Spain, however, it doesn’t give you some of the other benefits that are enjoyed by Spanish nationals.

What are the advantages of becoming a citizen of Spain?

There are many advantages to becoming a Spanish citizen. These include:- 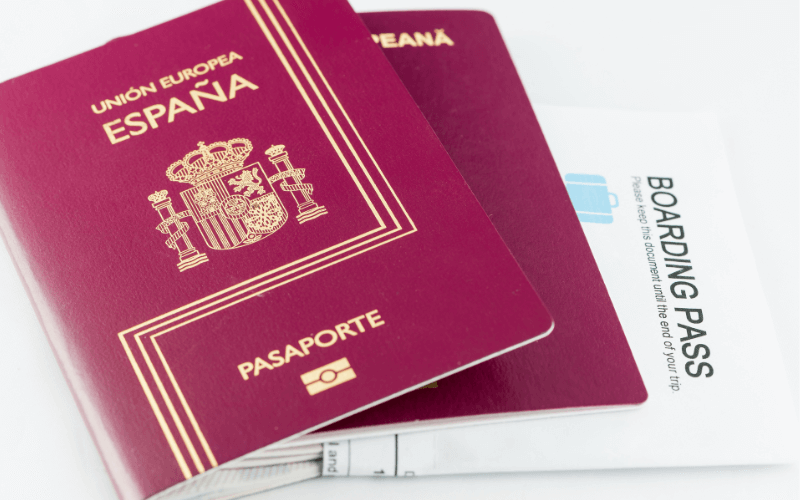 So what are the disadvantages?

There aren’t too many...

The main disadvantage would be that in most cases you would have to renounce your current nationality. There are some exceptions to this, for example, where Spain has agreements with specific Latin American countries and former Spanish colonies. (See section below)

Unemployment in Spain is also a little on the high side and focused primarily on the tourist sector. However, if you are willing to learn the language and possibly retrain, like anywhere else, there will be opportunities.

You could also set up your own business or become autonomo self-employed.

What Are The Requirements to Become a Citizen of Spain?

This is the route to citizenship for many foreigners and can be obtained if you have been permanently resident in Spain for a specific number of years.

The default is 10 years. So if you have lived in Spain permanently for 10 years you will be able to apply for citizenship.

However, this can be 1, 2 or 5 years under the following conditions.

One of the quickest ways of obtaining Spanish citizenship is to marry a Spaniard.

In this case, you can then be granted citizenship after just one year of permanent residence. Note that you must have lived together for at least one year within the Spanish territory.

Also, note that the one-year timeframe starts from when you first obtain your residency card.

All marriages will also need to be registered in Spain. If you tied the knot outside of Spain, you must first register the marriage in Spain.

Those who are in Civil partnerships (Pareja de Hecho) or divorced couples are not currently able to apply for Spanish citizenship by marriage.

If you have obtained citizenship yourself, you are eligible to apply for your children.

The child will need to be under the age of 18, however, the application process may be extended further to when they are up to 20 years of age.

This is because the child will have the right to claim citizenship for up to two years from when they turn 18.

The parent will not be able to apply if the child is over 18.

The child may then apply for a Spanish passport.

There are a number of advantages of doing this including as we have seen, the right to travel and work within the European Union.

Spanish Citizenship by Descent or Ancestry

Although it was not previously possible, the new law has now opened the path to citizenship for both of these groups under certain circumstances.

If you are a grandchild of a Spanish citizen and belong to any of the following groups, you may be able to apply for Spanish nationality.

In order to be granted citizenship, you will need to be a person of good standing and not have any criminal records.

The Spanish authorities will check these during the application process. Some violations such as speeding tickets and renewing your residency card late can even work against you in some cases so make sure you are squeaky clean in this respect or your application may be rejected.

Ok. The next part of the process will scare many as most of us just don’t like taking exams, especially when they may be in a foreign language.

In order to get Spanish nationality, you will need to sit two different tests.

One is a language test (DELE A2) and the other is a cultural test (CCSE) to ascertain your understanding of Spanish culture. Both are run by the Cervantes Institute.

According to the Cervantes Institute, in the January 2022 exams, a massive 95.75% of the 13,442 candidates who applied passed the exams!!

That has to be reassuring!

The current fee to sit the CCSE test is €85. If you fail the first test you can resit the second test for free.

The fee for the DELE A2 will vary depending on the country you take the test and the test centre.

The Cervantes Institute contains a wealth of info on preparing for the exams including practice questions and answers for you to study.

You can find out more via the Cervantes Institute website. 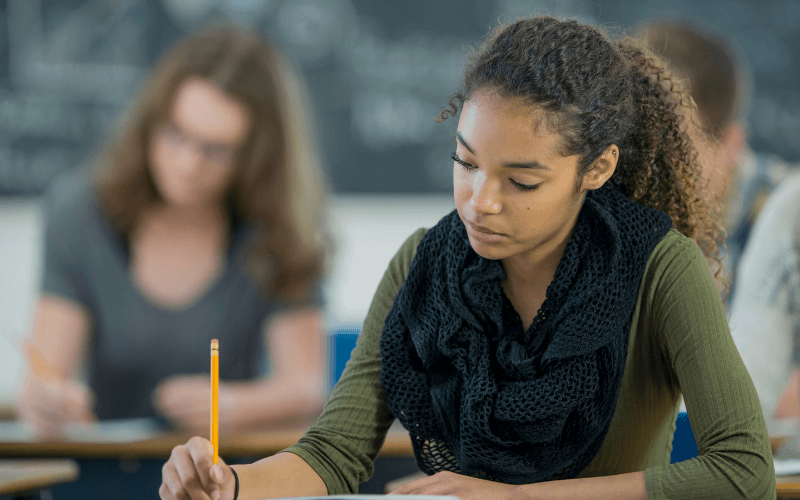 You won’t need to produce too much documentation, however, it will vary slightly depending on which route you take.

The following are what you will need for your citizenship application.

Note that any foreign documents will need to be translated into Spanish and legalised by a notary.

How To Apply For Citizenship In Spain

Once you have all of your documents ready, you will need to sit one or more of the exams mentioned above. If you are from a Latin American country you will not need to take the language exam.

Once you have passed the exams and have received your certificate, you can make your application for citizenship either in person at your nearest Civil Registry office or online via the Ministry of Justice website.

To do it online, you will need to visit the following official web page.

Once processed (1-3 years), you will then be given an appointment to pledge your allegiance.

Once you have done this, you will be able to apply for your Spanish/EU passport and DNI.

Note that it can take up to three years for the citizenship application to be processed and for you to be informed of the outcome.

As we have already touched on, in order to gain citizenship in Spain, in most cases, you will need to give up your current nationality.

Spain does have agreements with Ibero-American countries and former Spanish colonies. Citizens of these countries do not need to give up their current citizenship and are therefore granted dual citizenship rights.

Q. Will I Get A Spanish Passport?

A. Yes, once you are a Spanish national you will be able to apply for a Spanish/EU passport.

Q. Will I Need To Give Up My Passport?

A. Spain has dual citizenship agreements in place with a number of Latin American countries and former colonies (see list above). If your country is on this list you will not need to give up your passport.

Q. Can You Buy Spanish Citizenship?

A. Not directly. However, if you were to become a resident in Spain through one of the residency visa schemes that require you to invest in property or a business then you will be able to apply for citizenship after 10 years.

Find out more about the non-lucrative visa and golden visa.

A. Yes, Spain has agreements with a number of Latin American countries. See the list under the ‘Dual Citizenship’ section.