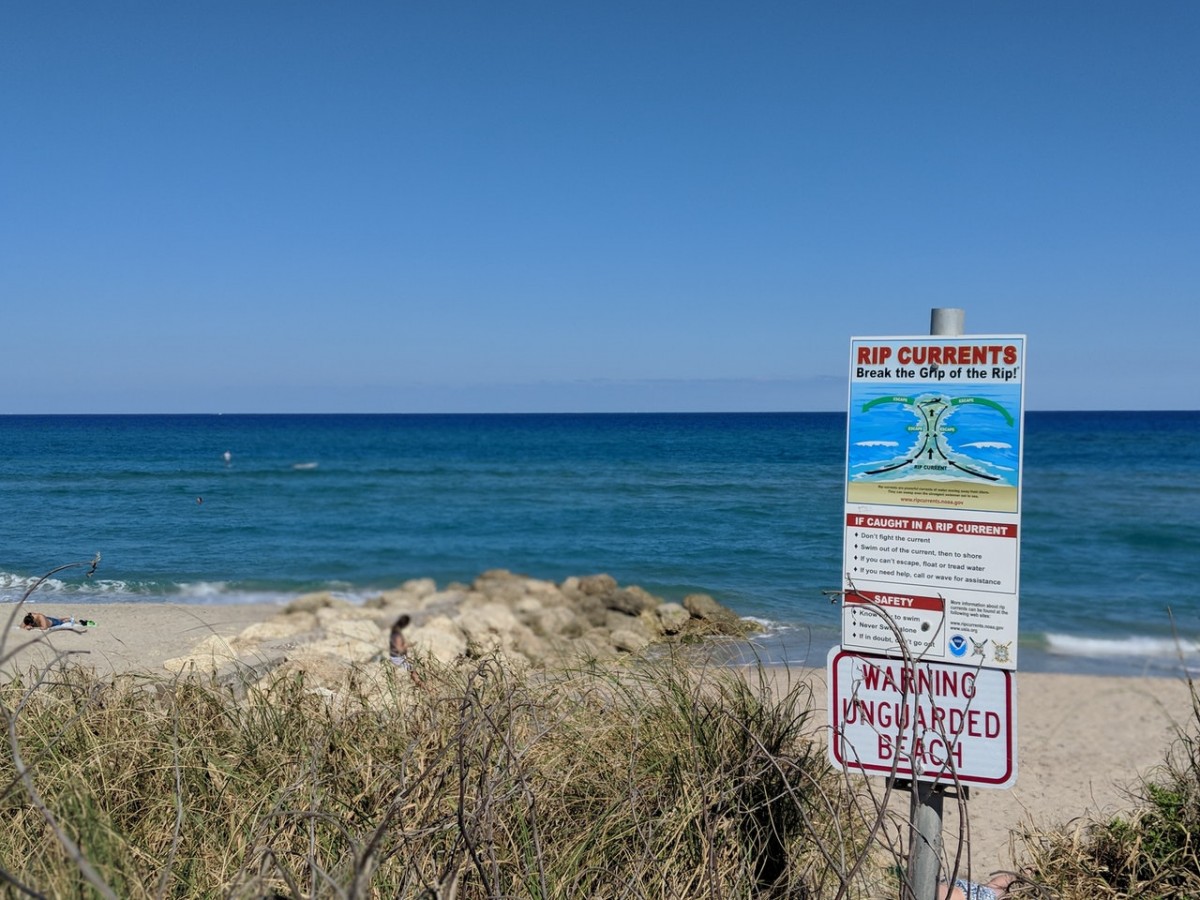 If you spend any amount of time at the beach here in Spain or elsewhere, the following article is a must read and may be the difference between life and death.

It seems a day doesn’t go by without hearing of yet another tragic story of swimmers drowning in Spanish waters.

On average, around 500 people die each year in Spanish coastal waters alone, in many cases, they succumb to deadly rip currents.

If you were to ask the average swimmer what their greatest fear was in the ocean, they would most likely say sharks or jellyfish. The fact is that the deadliest things are rip currents with thousands of people having to be rescued from them worldwide each year.

Taking a moment to understand rip currents, could save your life or the life of a friend or loved one.

Unfortunately, the vast majority of people lack the knowledge to know how to identify a rip current (or rip tide as they are sometimes known) and how to escape one if caught.

So what are rip currents and how can we stay safe and avoid becoming yet another statistic?

What are rip currents, rip tides and undertows?

In order to stay safe at the beach and of course when swimming in the sea, it’s important that we know and understand the risks involved.

Considering the dangers that are ever present in the sea, it’s shocking to think that around 80% of beachgoers are unaware of the dangers presented by rip currents.

Although swimming in a pool is not without its risks, swimming in the sea is far far greater.

Rip currents or riptides are like strong rivers in the sea and carry the waves that hit the shore, back out to deeper open waters. They may appear to be calm bodies of water, but in reality, they can be deadly and will sweep anything caught in it, including swimmers, rapidly out to sea.

When there is a gap in the sandbar that runs along the beach, the rip current moves quickly pushing water out from the beach looking for the fastest route back to the open ocean.

There a different types of rips including fixed rips, flash rips and permanent rips.

Fixed rips are some of the most common and sit in deep channels of water nestled between shallow sandbars. These kind of rips can stay in the same place for days, weeks or in some cases months.

Fixed rip currents are easily identified and appear as dark gaps of calm water sitting between the white water and breaking waves.

Flash rip currents are more dynamic and may appear and disappear without warning making them impossible to predict. Flash rips may only last for a few minutes and are usually formed in larger surfs.

Permanent rip currents are present due to topography and can appear due to a break in a reef or other hard structure such as a pier or jetty.

Undertows are when waves break on the beach creating a backwash of water and sand. This is then pulled strongly into the next breaking wave, which goes over the top of the undertow.

Undertow's can be especially dangerous to young children.

How to identify rip currents

If you are going to avoid rip currents, it is a good idea to know what to look for. Below are some of the biggest giveaways that rips are present.

How to stay safe

We would strongly advise you to take a few minutes to watch the videos and read some of the information at the following great resources to educate yourself further on rip currents.